WHAT IF I REFUSE THE MARK OF THE BEAST? WHAT WILL HAPPEN TO ME?

Man’s wrath will begin with us not being able to buy and sell, which is a total banishment from the economic and financial system of this world. It may eventually lead to persecution, including criminal charges (imprisonment) and even death.

Now that might sound like a daunting prospect unless you have read what will happen if we take the mark. Then you will see death is not such a bad reality after all (compared to what we face for taking the mark).

However, we will see that it will not be all as bad as it sounds.

So then the rest of this post gives a summary of what will happen if we take the mark, according to what is written in the Bible. 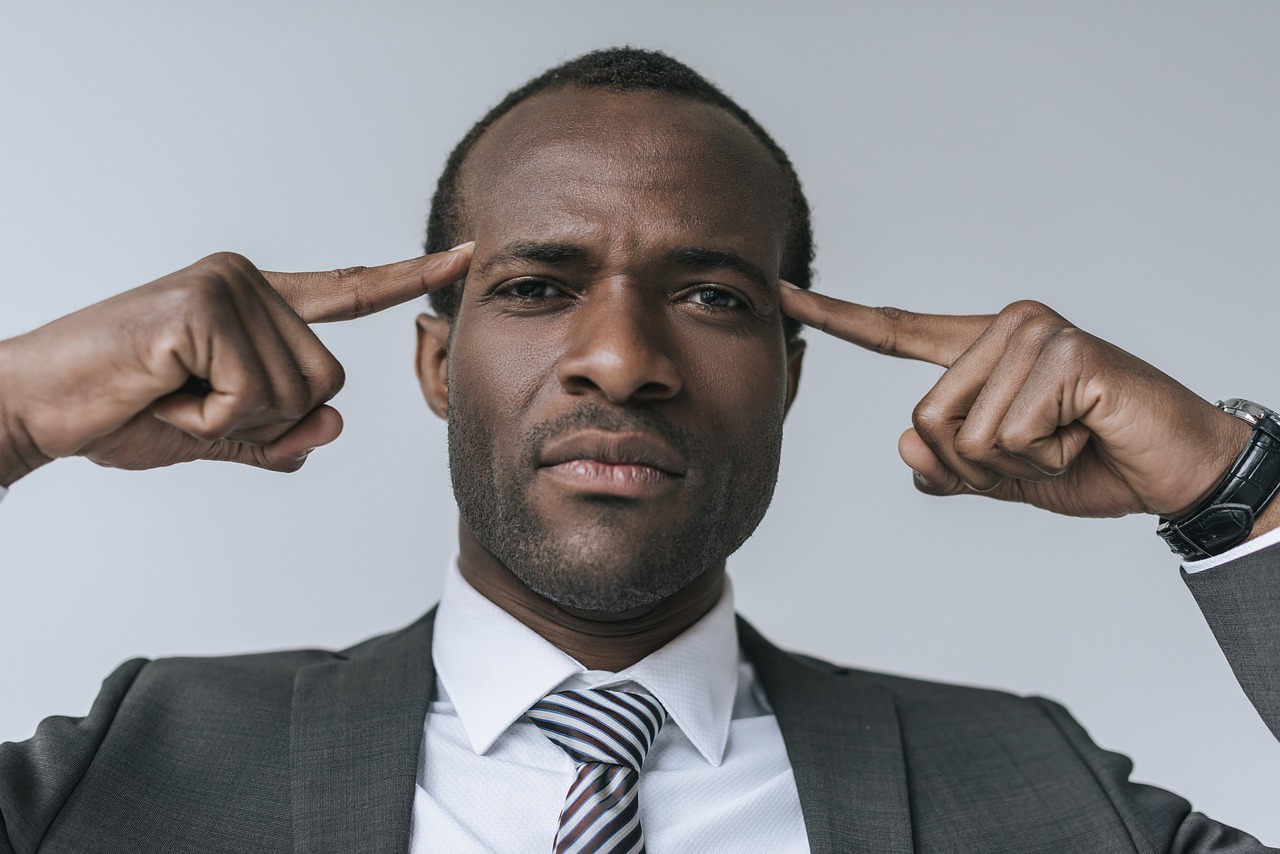 THOSE WHO REFUSE THE MARK WILL BE SET APART: THE PATIENCE OF THE SAINTS

Before I begin, don’t get me wrong: for those who refuse to take the mark, rejecting it will not be enough to save us. If we refuse the mark and are still in sin, we are still counted as offending (Matthew 13:40-42).

Additionally, if we refuse the mark of the beast, yet still worship the beast and the image of the beast, then we also have a big problem (Rev 14:9-10).

Importantly, we must also keep the commandments (law/instructions/Torah) of the Most High through faith in his son (Revelation 14:12). These are the saints (the holy ones) who the Father considers to be set apart from the rest of the world. This is the ONLY WAY the Bible says we can overcome the mark of the beast:

Rev 14:11-12 And the smoke of their torment ascendeth up for ever and ever: and they have no rest day nor night, who worship the beast and his image, and whosoever receiveth the mark of his name.

Here is the patience of the saints: here are they that keep the commandments of YAHUAH, and the faith of Yahusha.

Only those who keep the Father’s commandments while believing in his son can overcome the worship of the beat and his image while at the same time overcome the number of the beast and the mark of the beast. Take a closer look at this in this post.

For some these saints (remember, some will be martyred), he will nourish them and keep them through the tough times. As a matter of fact, his splendor (glory) will show on his saints during this period and others will know that YAHUAH is with them (Isaiah 60:1-2).

These remaining saints will be protected from the wrath of YAHUAH that is prophesied to come on the earth soon after (Luke 21:36).

Sure, they will be persecuted, tried by fire…refined as gold having the dross removed (Isaiah 1:25). However, the Most High will be their helper and their provider (Heb 13:6).

FAITH IS THE ANSWER

So what can one do? This calls for wisdom…and faith: much faith.

We must ask ourselves: is it worth taking a mark to continue living comfortably in this world for a short time, but eventually earn for ourselves torment and wrath in our lifetime (Rev 16:2) as well as condemnation at the judgment (Rev 19:20)?

We have to hold fast and be steadfast to the end.

Heb 3:14  For we are made partakers of the Messiah, if we hold the beginning of our confidence stedfast unto the end;

ONLY A SHORT TIME

Indeed, the mark of the beast signals the end of the age and so will only be for a relatively short time. It means all is coming to an end for the consummation of time and the fulfillment of all prophecies. Babylon, the system in which we now live and earn, will be destroyed very soon (Jer 51, Rev 18).

Remember, for this age, Esau is ruling and the age will end and given over to Jacob immediately.

2 Esdras 6:9  For Esau is the end of the world, and Jacob is the beginning of it that followeth.

There will be no gap of time for this change over. The hand of man is what is stopping this transition, and as soon as man’s hands are removed through the wrath of YAHUAH, the transition will be made, and the true children of Israel will bear rule over the earth:

2 Esdras 6:10  The hand of man is betwixt the heel and the hand: other question, Esdras, ask thou not.

This time of tribulation (mark of the beast) is to try mankind and requires the patience of the saints (Rev 14:12). It is like a final exam being sit by the inhabitants of the earth to see if they qualify to be given the kingdom of YAHUAH. Fortunately, we will not be left alone, YAHUAH will be our helper:

Revelation 3:10 Because thou hast kept the word of my patience, I also will keep thee from the hour of temptation, which shall come upon all the world, to try them that dwell upon the earth.

Jeremiah 51:6 Flee out of the midst of Babylon, and deliver every man his soul: be not cut off in her iniquity; for this is the time of YAHUAH’S vengeance; he will render unto her a recompence.

Flee Babylon, and deliver your soul.

Rev 20:4 And I saw thrones, and they sat upon them, and judgment was given unto them: and I saw the souls of them that were beheaded for the witness of Yahusha, and for the word of YAHUAH, and which had not worshipped the beast, neither his image, neither had received his mark upon their foreheads, or in their hands; and they lived and reigned with the Messiah a thousand years.

For those who take the mark, they will first be welcome by man into their hope of a “new normal,” an age of prosperity promised to man under their United Nations Agenda 2030 program.

Of course, this is all a lie. In reality, by taking the mark, you have now made yourself their slaves forever. They now own your soul. This video below is very instructive as to what is in store.

As a result, it will be a time of torment for those who take the mark. When you understand where this mark is leading us, you understand that it is biotechnology: a plan to make us trans-human by adding technology to our bodies that can alter our DNA through an RNA vaccine, as Bill Gates told the world and they are now refuting, but we have the video.

By altering our DNA, this will affect our thoughts, our dreams, our peace of mind. That is why the Bible says:

That is the spiritual part of it, but there is also the physical affliction:

Rev 16:2  And the first went, and poured out his vial upon the earth; and there fell a noisome and grievous sore upon the men which had the mark of the beast, and upon them which worshipped his image.

So the Most High is going to afflict us heavily (both spiritually and physically), and it will be a point of no return. Once you take it, you cannot change your mind.

What will happen if I refuse the mark of the beast? It is much more welcome to suffer (for a short time) refusing the mark than to accept it thinking we are going back to “normal.” There will be no normal. It will only appear so for a short time, which brings this to mind:

1 Thess 5:3  For when they shall say, Peace and safety; then sudden destruction cometh upon them, as travail upon a woman with child; and they shall not escape.

What was the advice Paul gave then?

1 Thess 5:6  Therefore let us not sleep, as do others; but let us watch and be sober.

Rev 19:20  And the beast was taken, and with him the false prophet that wrought miracles before him, with which he deceived them that had received the mark of the beast, and them that worshipped his image. These both were cast alive into a lake of fire burning with brimstone.

Rev 20:15  And whosoever was not found written in the book of life was cast into the lake of fire.

BLESSINGS FOR THOSE WHO DIE REFUSING THE MARK

On the other hand, there is a special blessing for those who refuse the mark.

Rev 14:13  And I heard a voice from heaven saying unto me, Write, Blessed are the dead which die in YAHUAH  from henceforth: Yea, saith the Spirit, that they may rest from their labours; and their works do follow them.

So there is a special blessing awaiting those who are martyred for not taking the mark of the beast. And it gets even better for those who are willing to make the ultimate sacrifice. They will live and reign with the Messiah for his thousand year reign.

Rev 20:4  And I saw thrones, and they sat upon them, and judgment was given unto them: and I saw the souls of them that were beheaded for the witness of Yahusha, and for the word of YAHUAH, and which had not worshipped the beast, neither his image, neither had received his mark upon their foreheads, or in their hands; and they lived and reigned with the Messiah a thousand years.

But wait, it gets even better: those who die in the Messiah will rise soon after death (the Messiah is coming back to punish those who took the mark – Rev 19:20-21).

So it won’t be long after death that the martyred saints will return triumphantly to reign with the Messiah for his thousand year reign.

Of course, these saints will not die again after their first death, but will live eternally as they have taken part in the first resurrection, and the second death after the white throne judgment (Rev 20:14, Rev 21:8) has no power over them.

So we see what will happen if we refuse the mark of the beast. We face the wrath of man, but that is nothing compared to the suffering we face if we please man and infuriate the Most High Father.

Luk 12:31-32  But rather seek ye the kingdom of YAHUAH; and all these things shall be added unto you.  Fear not, little flock; for it is your Father’s good pleasure to give you the kingdom.