WHAT IS THE IMAGE OF THE BEAST?

WHY IS IT IMPORTANT TO KNOW THE IMAGE OF THE BEAST

Rev 16:2  And the first went, and poured out his vial upon the earth; and there fell a noisome and grievous sore upon the men which had the mark of the beast, and upon them which worshipped his image.

Well, that’s just the start. Just when you thought things couldn’t get worse:

Rev 19:20  And the beast was taken, and with him the false prophet that wrought miracles before him, with which he deceived them that had received the mark of the beast, and them that worshipped his image. These both were cast alive into a lake of fire burning with brimstone.

But what if we do not worship his image?

Rev 20:4  And I saw thrones, and they sat upon them, and judgment was given unto them: and I saw the souls of them that were beheaded for the witness of Yahusha, and for the word of YAHUAH, and which had not worshipped the beast, neither his image, neither had received his mark upon their foreheads, or in their hands; and they lived and reigned with Messiah a thousand years.

Now in our previous post, we looked at the number of the beast which revealed the beast as well as the image of the beast. Here is an excerpt (speaking of the six hundred threescore and six used in Revelation 13:18):

It is the Greek letters chi, xi, and stigma. Now stigma is obsolete and also refers to a cross! So we have the number 666 being of a human being and a cross. Is our understanding beginning to kick in as yet?

The number of the beast refers to a man on a cross, who is none other than Jesus Christ.

So the image of the beast is no surprise. What we are going to show in this post, is the use of the image and why they force us to worship “Jesus.”

THE MESSIAH OF THE BIBLE IS TO BE FOLLOWED, BUT THEY MADE US WORSHIP HIM

1 John 2:6  He that saith he abideth in him ought himself also so to walk, even as he walked.

There are no instructions in the Bible that we should worship the Messiah as a deity. None.

However, we have the beast religion that tells its followers to worship the Messiah as the Most High! The Son of the Father now gets worship as the Father.

To justify this worship, they use all sorts of rational reasoning such as those below, not based on precept upon precept:

WORSHIPING THE IMAGE OF THE BEAST

Unfortunately Jesus worship is idolatry and is actually the nature of the Gentiles who gave us the religion of Christianity. The Bible tells us clearly that they Gentiles only worship idols:

Psa 96:5  For all the gods of the nations are idols: but YAHUAH made the heavens.

So how do they get us to worship their idols? Through the use of images. Transforming the image of a black Hebrew Messiah Yahusha into a European Messiah called Jesus Christ, and getting us to worship Jesus imprints the image of their Jesus in our minds. In so doing, we set up the idol in our hearts:

Eze 14:3  Son of man, these men have set up their idols in their heart, and put the stumblingblock of their iniquity before their face: should I be enquired of at all by them?

The Apostle Paul had spoken of this inclination of the Greeks who seek after wisdom (1 Cor 1:22). Professing to be wise they refuse the Most High and instead use their worldly wisdom to reduce the Almighty Father of spirits to the image of corruptible man and even animals.

Rom 1:21-23  Because that, when they knew Aluah, they glorified him not as Aluah, neither were thankful; but became vain in their imaginations, and their foolish heart was darkened.

Professing themselves to be wise, they became fools, And changed the glory of the uncorruptible Aluah into an image made like to corruptible man, and to birds, and fourfooted beasts, and creeping things.

THE IMAGE OF JESUS IS NOTHING NEW

Now the image of Jesus is nothing new. If you look carefully at his image, you will see that it bears a great resemblance to gods that were before. The Gentile gods have different names, but they are the same. Just take a look at the images below: 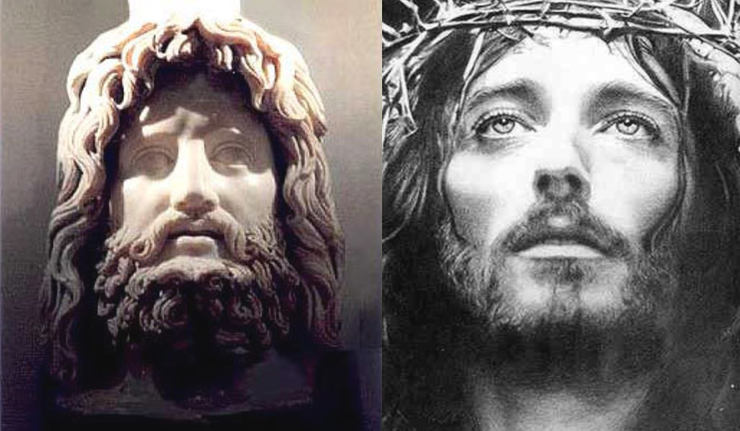 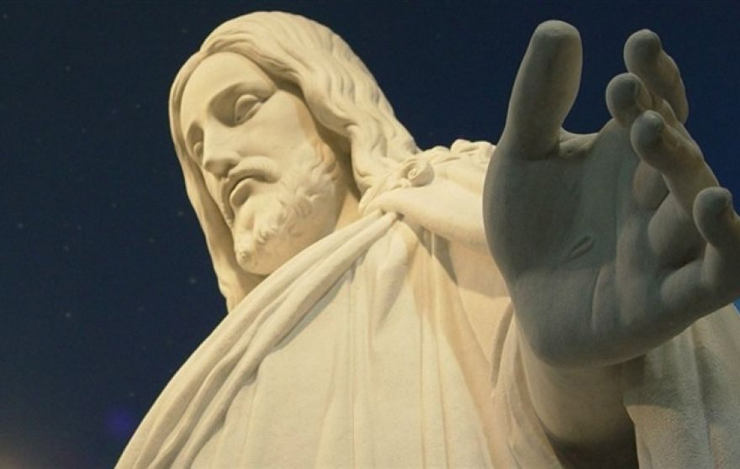 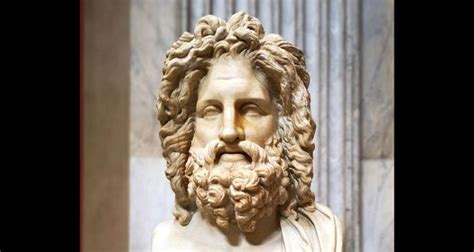 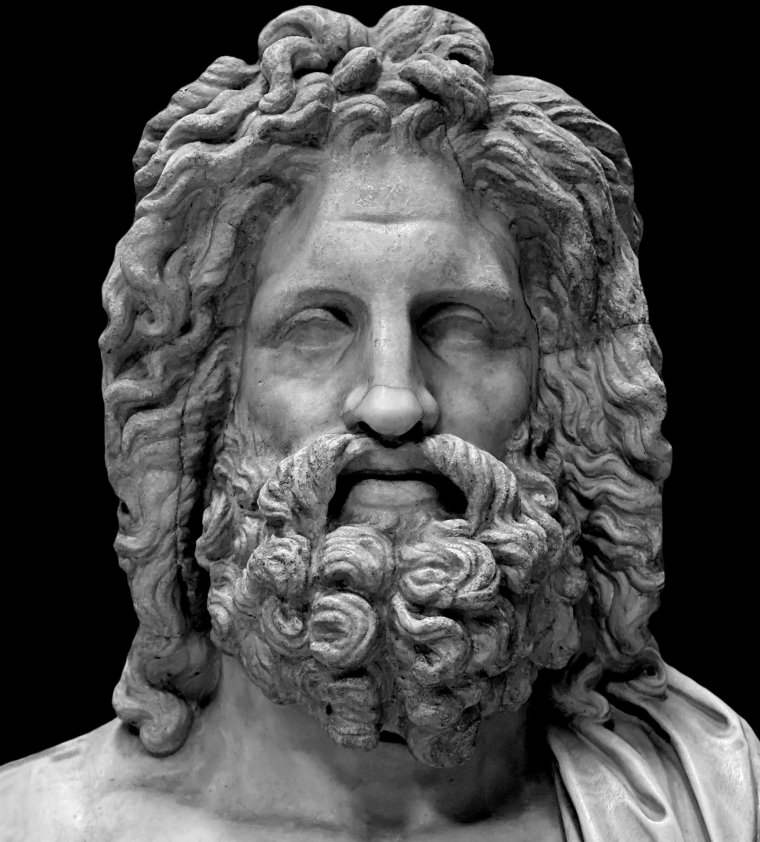 THE DANGER OF WORSHIPING THE IMAGE OF THE BEAST (JESUS CHRIST)

So we see the use of this image that has been handed down century after century in different forms and is now in the form of Jesus Christ. This is plain idolatry that is forbidden in scripture:

Exo 20:3  Thou shalt have no other gods before me.
Exo 20:4  Thou shalt not make unto thee any graven image, or any likeness of any thing that is in heaven above, or that is in the earth beneath, or that is in the water under the earth:
Exo 20:5  Thou shalt not bow down thyself to them, nor serve them: for I YAHUAH thy Aluah am a jealous Aluah, visiting the iniquity of the fathers upon the children unto the third and fourth generation of them that hate me;
Exo 20:6  And shewing mercy unto thousands of them that love me, and keep my commandments.

Rev_19:20  And the beast was taken, and with him the false prophet that wrought miracles before him, with which he deceived them that had received the mark of the beast, and them that worshipped his image. These both were cast alive into a lake of fire burning with brimstone.

Like all the other articles on this website, this is a hard pill to swallow, especially for Christians. However, as we continue to state, this is the truth. Love us or hate us, we are here to speak the truth and speak it ever, cost it what it will. Don’t believe us? Here is a couple that looks at it in detail.