WHAT DOES IT MEAN TO WORSHIP THE BEAST?

What does it mean to worship the beast?

First of all, we must throw out our learnt concept of worship before we can understand what worship means to the Hebrews who wrote the Bible. Hence we will know what the Bible means by worshiping the beast.

Let’s face it. Most of us believe worship only means showing reverence to a deity or deity-like figure, such as an idol. We would attribute worship to mean bowing down or praying to, or paying homage to something, someone or some spirit as being indicative of worship.

However, the Bible concept of worship is way simpler than that. But first though, let us see why it is important to understand what does the Bible mean by worship:

Revelation 14:9-10
And the third angel followed them, saying with a loud voice, If any man worship the beast and his image, and receive his mark in his forehead, or in his hand,

They fail to understand that the prophecy and its warnings is not only about the mark of the beast! It is about:

We make the error of concentrating only on the mark, not realizing that there is not one, but all of 4 dangers!

Revelation 15:2
And I saw as it were a sea of glass mingled with fire: and them that had gotten the victory over the beast, and over his image, and over his mark, and over the number of his name, stand on the sea of glass, having the harps of YAHUAH.

Notice the use of the word “and?” That “and” there means one will have to get the victory over each threat! not just the mark, as the mark is a different aspect of the beast. 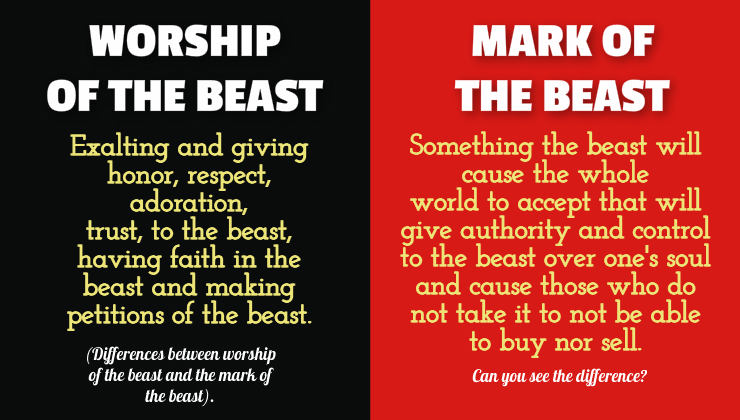 WORSHIP ACCORDING TO THE BIBLE

So we have to understand what it means to worship the beast.

In an article on the Just A Word website, they showed how Hebrews viewed worship. It showed that in the old testament there were several meanings given for the Hebrew word for worship (shâchâh), revealing the varying meanings of the word.

However, when it comes to the Greek new testament, there is only one meaning for the Greek word for worship (proskuneō). That meaning is simply “worship,” and therefore does not tell you exactly to what type of worship they particular verse is referring.

This misleads us as we cannot now understand what worship they are speaking about in the new testament where the book of Revelation is written.

MEANING OF WORSHIP IN THE NEW TESTAMENT

But the Most High gave us the “weapon” needed to solve it in Isaiah 28:9-13. So we will use precept upon precept, line upon line, here a little, there a little.

By so doing, we can see the context of the verses in which the word worship is used and get an idea of what worship means in the new testament.

There you see, worship does not mean worship as we know it. It simply means (in this case) exalting the beast and its power above all.

So let us continue with another account that revealed worship just meaning a request, to show what worship of the beast is.

See how simple worship is? Worship in that sense is simply having faith in the Messiah to heal him. Same thing here below:

Matthew 9:18
While he spake these things unto them, behold, there came a certain ruler, and worshipped him, saying, My daughter is even now dead: but come and lay thy hand upon her, and she shall live.

Again worship is tied to as simple as believing in the power of the Messiah.

Matthew 14:33
Then they that were in the ship came and worshipped him, saying, Of a truth thou art the Son of YAHUAH.

It can even mean something as simple as believing something or someone can help you.

Indeed, worship can even mean simply asking a favour of someone.

Matthew 18:26
The servant therefore fell down, and worshipped him, saying, Master, have patience with me, and I will pay thee all.

Now we were seeing that worship does not necessarily mean homage to one who we believe to be a deity. It can simply refer to the act of bowing down, showing respect, making a request, and so on.

Here below, we have the soldiers mocking the Messiah by worshiping him. This means they pretended to worship him, but the Bible still records it as worship!

Mark 15:17-20
And they clothed him with purple, and platted a crown of thorns, and put it about his head,
And began to salute him, Hail, King of the Jews! And they smote him on the head with a reed, and did spit upon him, and bowing their knees worshipped him. And when they had mocked him, they took off the purple from him, and put his own clothes on him, and led him out to crucify him.

So we see, worship is simple yet so varied. Therefore, what can we deduce about worship of the beast in the verse below from what we just read?

Revelation 14:9-10
And the third angel followed them, saying with a loud voice, If any man worship the beast and his image, and receive his mark in his forehead, or in his hand, 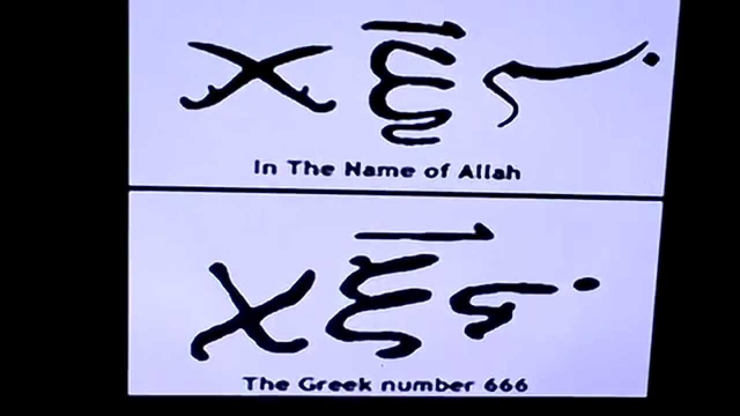 If any man partakes of those religions, he worships the beast.

They honor the beast, exalt the beast, they have faith in the religion, they believe the religion can help them, they defend the religion as being true. So to summarize it all from the verses we showed in the New Testament?

Simply calling oneself a Christian or Islam is worshiping the beast! 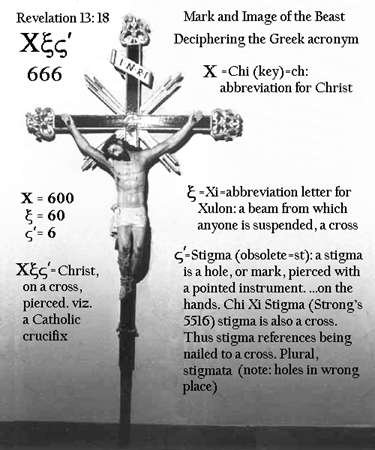 Note again, that it is separate and apart from taking the mark of the beast because as I said before, we have several hurdles to overcome: worship of the beast and his image, his name and number, as well as the mark.

The mark will be something coming from the beast itself that will be us surrendering our authority and control to the beast. If we do not do it, we will not be able to buy and sell.

So telling people that the mark of the beast is not an implant is dangerous and downright evil!

It gives people a false sense of security, because the mark of the beast is something that will be forced on the whole world that will prevent them from buying and selling if they refuse it.

HE CAUSETH ALL TO TAKE A MARK

How will he cause it? By force and by deceit. That is why Revelation warns us as it will be a choice as to whether we bow to the system or we decide to give up on “Babylon.” That is also why the word advises us to flee from the midst of Babylon (Jer 51:5-6).

If an implant does that (prevents the whole world from buying and selling and ties us to the beast system), Then it is the mark of the beast!

THE BEAST CONTROLS THE WORLD

We must understand that the beast Pope controls the United Nations from whence cometh this mark.

He spoke in the UN in September 2015 kicking off Agenda 2030, the program through which this implant will be administered.

So never play down anything. That is what Satan is happy for you to do. Then he sneaks it in while you have your false sense of security. Instead, prove all things, hold fast that which is good (1 Thess 5:21)….to the very end.